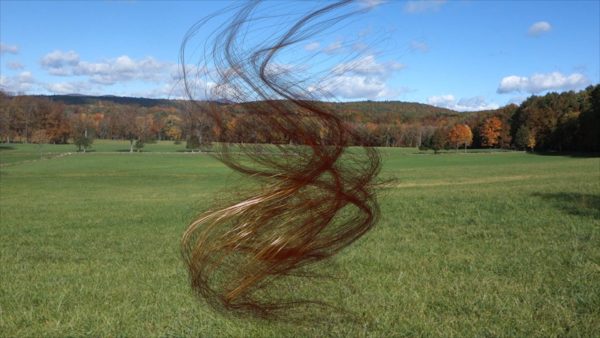 For this New York artist with Polish roots, Whirlwind is like “an agitated movement, whipping up the air, forcing everything around to gravitate towards it, ripping up the earth and hurling it towards the sun”. Whirlwind is also a relentless, inexhaustibly devastating force. The images that appear in the film represent the throbbing surge of passion of human creativity and the dismal pressure of destruction. They intermingle, but offer no synthesis or fulfilment. Nothing but the incessant, cyclical exchange of energy, giving rise to creative yet aggravating tension. What is social and political order, if not just a momentary state of balance in the stream of historical forces? Can civilisational or political culture alter human nature or the ruthless tragedy of history? These questions are growing more intense nowadays, as the cultural myths and political visions wear thin.

Alex Czetwertyński (b. Belgium) – digital artist and creative and technical director for experiential and interactive productions, with a focus on content creation and spatial integration. Graduated from the University of Paris IV La Sorbonne with a Masters in Philosophy, specializing in the thorny Body/Mind question. Ran a production company called Disciple Films in Paris, then moved to Los Angeles to creative direct large scale concert graphics at a shop called Frank The Plumber. Based in Brooklyn, NY.

‹ › ×
‹ › ×
Na tej stronie korzystamy z cookies. Jeżeli nie wyrażasz zgody, zmień ustawienia przeglądarki. We use cookies to ensure that we give you the best experience on our website.Ok